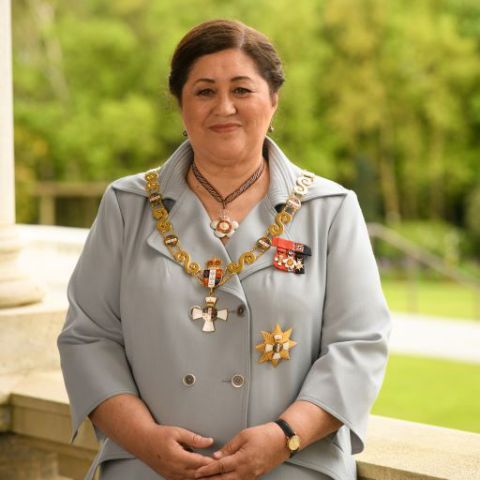 The Acorn Foundation are thrilled that Her Excellency, the Right Honourable Dame Cindy Kiro, GNZM, QSO, Governor-General of New Zealand, has been appointed as Patron for Community Foundations of New Zealand (CFNZ).

Acorn is immensely proud to be part of this nationwide network of Community Foundations growing funds and community impact, which has been recognized with this highest of honours, acknowledging our changemaking work

Dame Cindy is a distinguished researcher and has held leadership roles at Massey University, Victoria University Wellington/Te Herenga Waka and the University of Auckland. Her public sector roles have included Children’s Commissioner (the first woman and first Māori to be appointed to the role) membership of the Ministerial Cross-Sector Forum for the Ministry of Education, and Chair of the Welfare Expert Advisory Group.

Dame Cindy has had extensive experience in the public health sector, including a role as General Manager Funding and Services Planning and Māori Health for the Auckland District Health Board. Prior to taking up her role as Governor-General, Dame Cindy was Chief Executive of the Royal Society Te Apārangi.

Dame Cindy is the first Māori woman to be appointed as Governor-General and is a champion for social justice, equity and public health. Her guiding principles of kaitiakitanga, oranga and manaakitanga align closely with those of Community Foundations.

CFNZ Board Chair, Raymond Key, says he is delighted with the news.

“As a young network we are truly honoured to have Dame Cindy recognise our growing transformational work and agree to be our Patron over her term as Governor-General. We extend to Dame Cindy a very warm welcome to our Community Foundations’ whānau and we look forward to forging a meaningful relationship, together growing funding and impact for the benefit of Aotearoa New Zealand.”

A formal event welcoming Dame Cindy to Community Foundations of New Zealand will be planned for later in the year.