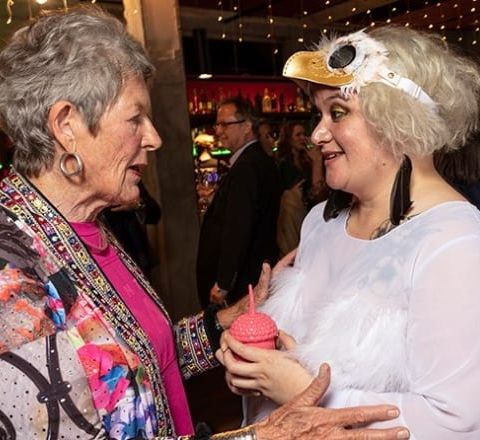 Whiti won the $60,000 award for her book Kurangaituku, which tells the traditional Te Arawa story of Hatupatu and the fearsome birdwoman, Kurangaituku. This innovative book was written in halves and can be read starting from the front or back cover.

“It’s an epic poem of a novel, resonant of Māori oral traditions, that gives a voice, form and a name to the bird-woman from the Māori myth. The ogress Kurangaituku tells us not only her side of the story but everything she knows about te ao Māori. Kurangaituku is poetic, intense, clever and sexy as hell. It’s also an important novel. A game changer.”

The annual Acorn Prize for Fiction has been provided by generous Acorn donor Jann Medlicott since it was first awarded in 2016. An enthusiastic supporter of the arts, Jann has a particular love of literature and provides the Fiction Prize to reward and acknowledge our world class New Zealand authors.

The Acorn team would like to thank Jann for her tremendous gift to the literary world through this award and to congratulate Whiti on her well-deserved win.

Read more about the winners of this year’s Ockham NZ Book Awards here.